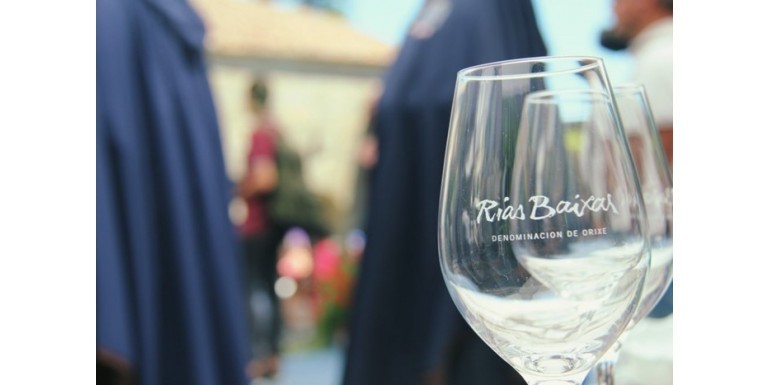 The Tasting Rías Baixas Albariño Competition will start tomorrow, at 10.00, with the so-called Cata Prima. During the same, the tasting panel will be divided into two to evaluate all the wines, which will be scored according to the regulations of the International Wine Organization (OIV). The twelve or fourteen (depending on the decision of the jury) better wines will go to the Tasting Derradeira, which will be held the next day, Sunday, at 11.00.

The three award-winning wines will come out of it, which will place them among the best Rías Baixas Albariño of the 2017 vintage. The prizes will be handed out during the official lunch of the Serenissimo Chapter, which will take place on Sunday at the Pazo de Torrado.

This Tasting Contest, organized by the Regulatory Council of the D.O. Rías Baixas, will have a tasting panel integrated by 21 experts, belonging to both the internal tasting panel of this Council and an external one, prepared for the occasion.

The external tasters, displaced for the appointment are the following: Salvador Manjón (director of the Wine Week, advisor of the FIVIN Foundation and the World Wine Forum of La Rioja.) Tasting, is part of the jury of the Baco Awards); Almudena Martín (responsible for the area of ​​Wines From Spain of the ICEX, as well as the promotion of Wines of Spain in the international field); Ricardo Galeote (journalist of wines in Diario Sur, in the magazine Solwines, in the prestigious Russian newspaper MK-Huboct and in the Russian magazine Marbella 24); José Luis Contreras (founder of Verema, university doctor of applied economics, specialized in wine economics); Ramón Francás (journalist specialized in viticulture in the newspaper La Vanguardia, el Garraf, and Alt Penedés); Laura Sánchez (editor of gastronomy and wine in the Guía del Ocio and editor of gastronomic contents for the magazine Gourmet Magazine of El Corte Inglés); Yolanda Barahona (winemaker, sommelier and member of the tasting committee of the Gourmet group); Jesús Flores (oenologist and wine critic, director of the Spanish Wine Classroom, National Gastronomy Award and tasting professor of the Sommeliers Course of the Chamber of Commerce of Madrid); Juan Manuel Ruiz (journalist expert in wine, collaborates with different media specialized in wine and gastronomy and is sworn to tasting national and international wine competitions); Alfonso Gutiérrez (member of the tasting committee of the Gourmets Group, director of the Pelícano Meliá restaurant and sommelier).